The objective was mainly to exchange views on the stakes of sharing economy and to raise awareness of its potential in Brussels, but also to create synergies and connections between collaborative economy and traditional economy.

What defines collaborative or sharing economy?

It rapidly became apparent how difficult it is to define collaborative economy. One of the reasons is that various new economic models coexist and partly overlap (social economy, circular economy, solidarity economy…). But the key principles that specifically underpin the collaborative model are the pooling of resources and the digital platform. Such a platform allows the sharing of assets (goods or services) without transferring ownership.

These key principles largely overlap with the definition proposed by the European Commission in 2016. According to the EC the term “collaborative economy” refers to “business models where activities are facilitated by collaborative platforms that create an open marketplace for the temporary usage of goods or services often provided by private individuals. Collaborative economy transactions generally do not involve a change of ownership and can be carried out for profit or not-for-profit.”

The Brussels Region counts a substantial number of firms based on sharing principles. They operate in various sectors and are driven by different motivations.

The sharing economy changes the structure of employment. It raises questions as to the working conditions (job insecurity) and the status of the platform actors. It also prompts a great deal of questioning on privacy and the protection of personal data.

Yet there is hardly any adequate legal framework to monitor these issues in Belgium. While traditional market providers are subjected to strict rules regulating their sector, it is unclear how existing laws can apply to sharing economy firms, since no juridical frame specific to those firms currently exists in Belgium.

One way of filling this legal void could be, as suggested during the infoday, to hybridize the collaborative economy with the cooperative principles.

Learning from the experiences of platform managers was a key aspect of this event. As such, five Brussels entrepreneurs were invited to present their companies and/or collaborative projects: Usitoo (sharing of daily objects), Cookwork (professional kitchens rental), Pwiic (exchange of services), Tale me (clothes rental) and Lita.co (sustainable and social crowdfunding platform).

Social and environmental sustainability is the main motivation of these entrepreneurs who insisted they address the expectations of a large part of civil society. While the five young companies proudly reported a rapidly increasing number of users, all of them underlined the challenges and risks facing collaborative businesses.

Their main concern is financial: how to create a sustainable but economically viable business model? How to be cost-effective in the long run? How to stay out of the capitalistic model without cutting oneself from the real economy? How to reach a critical mass? How to pay your own wage at the beginning? One solution proposed by one entrepreneur is to create investment funds specialized in collaborative economy, in full knowledge that returns will be limited. In classical economy, investors expect a three-year return while in collaborative economy a six- or seven-year return seems to be the rule. Investors should accept that.

Other proposals that emerged were to facilitate sustainable advertising as a form of funding or to create awards for best practices in collaborative economy.

It seems collaborative economy is doomed to remain an alternative model while it should become the main model. By working together, we can achieve better results, was one of the conclusions of one speaker who called for new forms of collaboration within sharing economy (between businesses, with public authorities, with academic institutions).. 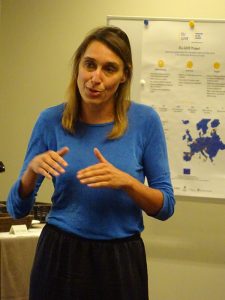 The role of public authorities

The Brussels region has some competence and is willing to support and stimulate qualitative collaborative platforms. In 2018 the Region released one million euro and launched a call for projects of the social economy which also covers collaborative platforms. These projects need to meet a number of criteria: they must not bring about unfair competition with existing sectors, they should meet minimal working standards and they should favour governance transparency.

Yet the Brussels Region is aware that action on a local level is not sufficient. Collaborations between cities and between levels of governance is key. Moreover, some participants suggested that public authorities could lead by example using public procurements.

What is the role of European public authorities? The European Commission has no competence for regulating the services sector. In the frame of its agenda for collaborative economy, it chose to provide Member States with advice and guidelines that can help them handling those platforms. As such the EC released two million euro to support collaborative economy with projects like EU-GIVE and to measure it. 700 platforms were identified in the EU. 31 platforms were reported in Belgium.

As part of the EU-GIVE project, Enterprise Europe Brussels c/o hub.brussels, works with 5 other partners to disseminate and raise extensive awareness of the potential of collaborative economy and to develop new support services for entrepreneurs from the collaborative economy from the Enterprise Europe Network (EEN). The EEN helps companies innovate and grow internationally.

Sharing economy is more than an emerging market. It is not just a trend. It is already massive. There are signals for high growth potential in digital sharing. Moreover, it is possible to take into account the social impact from these initiatives. But the main constraint is financial. Belgian collaborative businesses cannot stand alone.

The infoday participants expect EU-GIVE to help them raising awareness of public authorities as to the need for support, especially in the process that goes from the idea of a project to the launching of a business, until it becomes profitable. They also expressed interest to learn about these new business models, to network so as to generate synergies among them and to draw inspiration from similar initiatives in other European Regions.

This project is co-financed by the European Union.
The sole responsibility of this content lies with the author. The European Commission is not responsible for any use that may be made of the information contained therein. 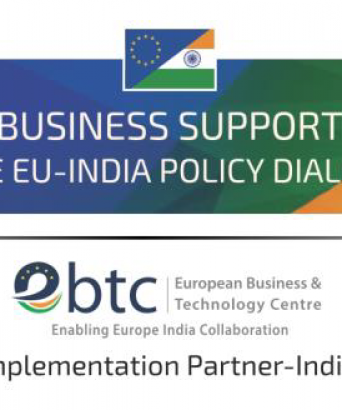 Impact of COVID-19 on EU businesses in India in sectors of on-going EU-India policy dialogues The on-going pandemic has significantly disrupted the global economy, including the business ecosystem for EU companies in India. Given the persisting uncertainty, processing, analysing and applying relevant information can be instrumental for businesses to effectively mitigate risks and alter their […]
Lees verder 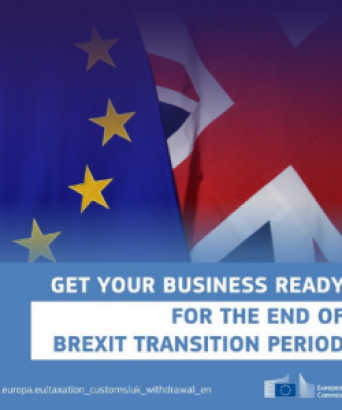 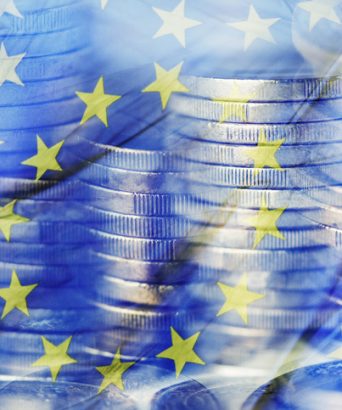